Jake Burt loves writing so much that when he’s not telling tales for middle grade readers, he’s writing the news for them.

You might say he’s a little obsessed. In fact, if you thought of Jake as a one-dimensional guy who ate, breathed, and dreamed stories, he’d be fine with that.

There’s a chance that you’re looking at this page because your very own teacher is forcing you to (oops…I mean, “is gracing you with the educational opportunity to”) write a biography on an author, and you need juicier stuff than just, “He thinks stories are edible.”

Jake was born in Columbus, Ohio, but he’s lived all over, in places called Cincinnati, Knightdale, Durham, and Hamden, and in countries like The United Kingdom and China. There hasn’t really been a time that Jake wasn’t in school – he did the whole preschool thing, then elementary, then middle, then high, then college, then sixth grade teacher, then English teacher in Jinan, then fourth grade teacher, then grad student, then fifth grade teacher. Now he works with a team that delivers breaking news to classrooms every morning. That’s probably why so many of his stories are set in schools, and why they feature kids.

In the novels you might have had to read for your assignment (sorry…I mean, “were blessed with the good fortune to read”), you may have noticed certain recurring motifs and themes. Sports. Board games. The names of other books. Those are all in there because they’ve played important roles in Jake’s life. He’s an avid ultimate frisbee player and a huge sports fan; some of his favorite teams are The Ohio State Buckeyes, the Cincinnati Reds, and the Golden State Warriors. He plays the banjo, reads lots of books, and tries really hard not to get yelled at by his teammates for dying in Overwatch and DOTA 2. 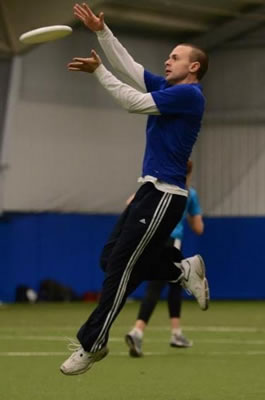 His biggest literary influences are probably people like Mark Twain, Judy Blume, E.B. White, J.R.R. Tolkien, and Sir Thomas Malory. That last guy was an Englishman who, while locked up in prison, wrote a massive collection of stories about King Arthur and his buddies. You may not think it’s possible to sneak a bunch of references to the Knights of the Round Table into books about Witness Protection or Twitter, but darnit, Jake tries.